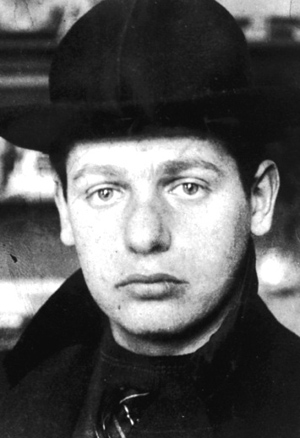 Michel de Klerk was born in Amsterdam in 1884. He trained as an architect in the office of Eduard Cuypers from 1898 to 1910. From 1913 to 1923 he was involved with the expressionistic Amsterdam School. The residential building Het Schip, built between 1917 and 1921, (the Ship) was the most outstanding example of this current, which became very influential until the thirthies. Although he resolutely refused to act as leader of the School, his contemporaries acknowledged his pre-eminent position.
Like most Dutch architects of his time he was influenced by H.P. Berlage, but later opposed his rationalistic architecture. In addition, he had a personal interest in the the English Arts & Crafts Movement. Reflecting influences of both the Amsterdam School and the "Arts & Crafts" movement, De Klerk's architecture contained impressionistic elements and artistic craftsmanship of the highest order. De Klerk died in Amsterdam in 1923 at the age of 39. (Radboud van Beekum Foundation Boeyinga)